Turkish
Home The ITTC Blog Netspeak – One word leads to another

Netspeak – One word leads to another 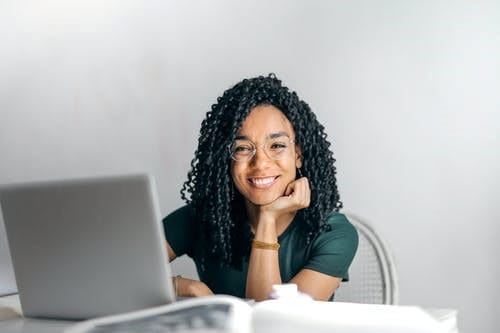 Nowadays, there is a growing use of new corpus linguistics apps and websites to help students and teachers access information to see how people really use the English language (McBride 2020). These data-driven learning resources are invaluable for teachers, both L1 (mother tongue English) and L2 (English as a second language) speakers (Dewaele, J. M. 2018), as they can quickly check to see if a phrase is, for example, a strong collocation, or check to see which is more common between two alternatives . Once familiar, it is a small step to showing your students a tool and training them to use it for themselves.

In today’s blog post, we’ll be looking at one of the simplest and best tools around, which uses the internet as a corpus, and searches it to see how English is used – Netspeak.org.

Here’s some tips for how to use it:

Simply type in the vocabulary phrase or grammatical structure, replacing a word with ‘?’, and you’ll find the most common single words that complete the phrase. For example, you’ve probably read grammar books that say the dependent preposition for ‘excited’ is always ‘about’, but look at this:

You can see that ‘I’m excited for you’ is used quite commonly too (7%), and increasingly we hear people say ‘I’m excited for the weekend’ too. Also worthy of note is the use of the full infinitive in ‘I’m excited to do something’ (32%), which is almost as frequent as ‘excited about’ (34%).

Instead of single words, you may want to investigate which phrases are most common, and you can do this by adding ‘…’. For example, it’s easy to see the most frequent ways of completing the phrase ‘to see … works’ and then click on the results to see the examples.

If you know some synonyms, but aren’t sure which is best in a particular phrase, you can use the square brackets ‘[  ]’ to compare them.

Or compare them in a specific phrase, like this:

This can be very useful for grammar too. Take, for example, these sentences:

Now, you might have a strong feeling that 1) is correct, but because 2) is used increasingly often, you’ve probably heard it, and so might want to check it. A quick search on Netspeak will give you a bit more confidence that you’re right to carry on saying ‘the key to doing well…’

One of the great things about Netspeak is you can react quickly to questions and queries as they arise in the classroom, and even train students in how to use it themselves. For example, ‘react quickly’ – is ‘quickly’ the best adverb for the verb ‘react’? Let’s see.

When you’re not sure which is the best word to express a similar meaning, you can use the ‘#’ symbol, like this:

And then you’ll see that ‘quickly’, ‘rapidly’ and ‘promptly’ are the adverbs meaning ‘fast’ that are most frequently used with ‘react’.

The last thing we’ll look at is the possibility of combining these searches. Let’s say you want to find the most common phrase that goes with ‘I find it’, you just add an ellipsis ‘…’ and you can see these results:

You will have noticed that the most common adjectives relate to something being difficult. But you also notice that there are also common modifiers like ‘very’ or ‘quite’, and you decide to search for those. So you could enter this:

Some people may think that this is very useful for teachers with English as a second language, as it helps build their confidence that any phrase they’re teaching is the most natural way to say it. However, it is also true of teachers with English as a first language, as this type of information is not always obvious and intuitive. So getting familiar with a simple corpus linguistic tool like Netspeak, might be really beneficial for all of us teachers, as well as for our language awareness, and ultimately, for our students.

This corpus linguistic tool isn’t the most complex out there, but its simplicity is one of its main advantages. There are loads of reasons why a teacher might want to research language like this, but not just before lessons – it’s also a great idea to include students in this process, by going through it with them live in class, and being directed by their curiosity. We’d be very interested to hear about how you used it!

There are 0 Comments. Add yours?

New to Teaching?
View our Courses
Try the Course finder

This website uses cookies to improve your experience while you navigate through the website. Out of these cookies, the cookies that are categorized as necessary are stored on your browser as they are essential for the working of basic functionalities of the website. We also use third-party cookies that help us analyze and understand how you use this website. These cookies will be stored in your browser only with your consent. You also have the option to opt-out of these cookies. But opting out of some of these cookies may have an effect on your browsing experience.
Necessary Always Enabled
Necessary cookies are absolutely essential for the website to function properly. This category only includes cookies that ensures basic functionalities and security features of the website. These cookies do not store any personal information.
Non-necessary
Any cookies that may not be particularly necessary for the website to function and is used specifically to collect user personal data via analytics, ads, other embedded contents are termed as non-necessary cookies. It is mandatory to procure user consent prior to running these cookies on your website.
SAVE & ACCEPT
wpDiscuz